Hip Hop is serious business, especially if you’re only listening to the likes of Nas and Kendrick, whose reflective croons of harsh street life are always washed with poignant imagery. Those songs are important and culturally significant, but we reckon there’s a side of hip hop that isn’t celebrated enough and that’s the artistry of the novelty hip hop track.

Always elevating and 100% skillfully executed, here are some of our favourite side-splitting tunes that’ll have you laughing AND dancing your ass off at your next shindig.

1. Baby Got Back – Sir Mixalot

We’re starting off with an absolute classic. Based on hip hop’s affinity for robust derrières, this probably doesn’t seem like a novelty song but we reckon that no matter the camp you’re in, it’s a staple “and we cannot lie.”

2. Left My Wallet in El Segundo – A Tribe Called Quest

Seminal jazz fusion hip hop group adored by intellectuals and the rest of us, this trio ventured from cerebral rhymes to a narrative story about a boys road trip gone awry, but in the most benign way possible. A playlist must have sure to set the crowd off.

Yes, yes, we know, Weird Al isn’t a hip hop musician but this Charmillionaire cover is one of the best novelty party songs out there! It appeals to all audiences and is sure to produce some most excellent dance moves on the floor. Our favourite line, “M.C. Escher, that’s my favourite M.C.”

This list wouldn’t be complete without something from the Brits. Big Shaq made waves in 2017 for this comedic chart topper and it’s still quotable to this day. It’s also great for teaching kids basic arithmetic.

“Two plus two is four, minus one that’s three, quick maths!”

5. Do the Bartman – Bart Simpson

A piece of certified fried gold from the vault. This 1990 rap song features Bart Simpson and was part of the “Simpsons Sing the Blues Album” which sent kids into a frenzy of fits and hyperactive spasmodic dancing every time it came on. We reckon it still has that same effect.

Humpty was created by the group as a ruse, only for the character to take on a life of his own and become one of their unofficial frontmen. With his signature fake nose and stuffy voice, humpty then went on to pen the eponymous Humpty Dance. With an infectious bassline and hilarious lyrics to match, this tune will have you pulling out the old harem pants and New Jack Swing moves.

The anthem of short men everywhere! Quench your Napoleonic complex with a tune that’s as soulful as it is hilarious. While this became Skeelo’s only hit, it’s most certainly certified gold that still makes it onto a number of playlists, novelty or not.

This tune is both so bad and so good. You feel so bad singing along but the catharsis of doing so is “oh so good!”

It’s the only song you can enjoy whether you’re at a raging club or going through a painful breakup, while crying is only allowed in one circumstance (though we admittedly have done so in both).

While his talent and lyrical exploits have solidified his position as one of Hip Hop’s finest, the public has mainly come to love Eminem and his crew D12, because they don’t take themselves too seriously. My Band exemplifies this, hosting hilariously crude lyrics and an excellent video to match. This tune (or potentially your party’s salsa) will make “all the pretty girls want to dance and take off their underpants.”

Sometimes, disparate things can be brought together to make something beautiful, like peanut butter and jelly, chocolate and mint or even strawberries and cream. This song can be likened to Kim Jong Un and humanitarian work. They just DON’T MATCH and yet the visual is kind of funny. Here, new country and rap are combined for a thrill ride that we’re 100% sure you’re not ready for but need to experience.

A classic tune that had both secondary school kids and stoners giggling, but God forbid in the same room. Because I Got High is a narrative piece that follows a stoner explaining how he didn’t clean up (or do much of anything) due to his being high. A well-known tune that the whole party will dig. People singing along by experience may need you to provide additional party snacks.

While most of us listened to “scream-mo” to overcome our teenage angst against our fascist parents, kids in the 90’s spun this tune to get some much needed relief (oh how times have changed). A young (or fresh?) Will Smith jams to an infectious tune laid down by Jazzy Jeff accompanied by horns and New Jack Swing sensibilities. A total crowd pleaser.

Oh man. Just…..just put this one in your playlist. Trust us.

14. Insane in the Membrane – Richard Cheese

Most famous for his cover of Smells Like Teen Spirit Richard Cheese covers this Cypress Hill classic in his signature crooner style. The best part about playing this for hip hop fans is watching them trying to figure out why the lyrics sound familiar but the tune is unknown. Get ready to experience their joy of realisation firsthand.

Another classic comedic Eminem tune that’ll definitely make the crowd “Lose it” (and most likely look/sound mentally impaired). We also reckon most people have grown up listening to it and will most likely know all the lyrics.

Perhaps one of the oldest novelty songs out there. Here, the groundbreaking hip hop trio sing a fictional narrative that details how they all first met. There are guns, there are stickups, there are cute ladies and cold beers. All the perfect ingredients for a great novelty song/nerdy teenage boy’s made up story of mischief he told his friends to look cool.

The only hip hop song that is both well-loved and well-hated amongst the public. We however think it’s a classic that no fun playlist can afford to ignore. Whether you use the original version or the one that the cute old lady sings in The Wedding Singer this tune will get the party pumping.

Founding fathers who influenced ‘Tribe’ as well as OG’s in the “then” budding house music genre. Jungle Brothers are a staple in the game and I’ll House You is their most memorable and laughable hit. It feels dated, but in a good way. You’ll have the crown singing along through their nose and most certainly out of key. A classic.

Perhaps the OG of novelty songs. The best part? We don’t reckon Kurtis Blow meant it to be! Just a very fun and innocent song about how great basketball is. Our favourite line? “Basketball is my favourite sport, I love the way they dribble up and down the court!” A crowd-pleaser that often leads to basketball-inspired dance moves.

“Is it worth it?” YES. Your party goers will put their things “down flip it and reverse it.”

We’re not sure what that will look like or if you’ll even want that, but we’re sure everyone will be losing it to this trademark Missy Elliott tune from 2002. We also reckon that 80% of attendees will know all the lyrics adding to the explosive character of this song which would have to be one of the greatest of all time.

Joaquin Phoenix said it was the one film he’s seen more than any other film in his life. It’s also his favourite of all time. That film, is Judd Apatow’s Step Brothers. A film so incredible that we had to include Prestige World Wide’s hit Boats and Hoes.

A hilarious tune that’ll not only induce fits of laughter but also be a great number to mix things up.

If you think we have missed anything here please let us know.

Tips On Choosing a Band or DJ For Your Wedding 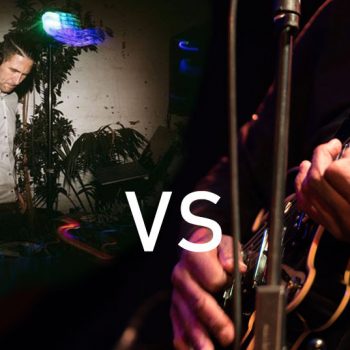 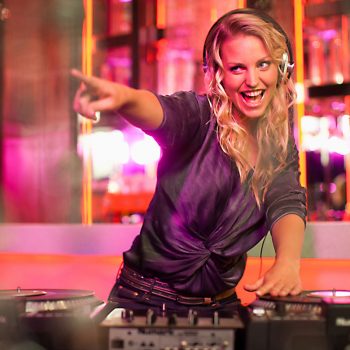